It was 2009 when my husband’s behavior began to change. Becoming obsessed with weapons and firearms was one of those changes.

He was always getting one hair-brained idea or another.

I’d learned that if he perceived me to be questioning anything he did, he would rebel and dig in with both feet. I said nothing and waited to see how long it would be before this interest-of-the-week fizzled.

My 52-year-old husband proudly obtained his concealed carry permit. Oddly, he then changed his wardrobe. Dear Hubs no longer dressed in his standard uniform of blue jeans and form-fitting henley shirts. Overnight my fit, muscular husband morphed into a fuddy-duddy dressed like Charlie Sheen.

He began wearing loose boxy golf shirts draped over his pants to cover his holster. He frequented the gun range for target practice — kindly bringing his bullet-riddled human figures home and displaying them on the kitchen table.

I walked into the media room one day and found him standing in the middle of the floor with his gun drawn. He was following along with the show host, who was demonstrating the best way to jerk a concealed weapon out of the holster and into a firing position with the least amount of body movement.

I rolled my eyes, shrugged, and walked away.

‘Mr. Shiny’ (his chrome Kimber 9MM ) was now his new best friend. He toted Mr. Shiny on his hip with a round in the chamber at all times.

He was armed and ready from sunup till sundown. He clung to Mr. Shiny even after he arrived home at night. He was locked and loaded — while eating dinner, sitting on the couch — and while relaxing in his recliner watching his nightly Wheel Of Fortune. Why?

I have no idea.

I found a vast Bowie knife under his side of the bed. To my knowledge, he’d never hunted — at least not in the 29 years I’d known him.

What Was He Expecting?

I found it curious that he felt the urgency to arm himself and be well-protected inside the house!

It wasn’t like we lived on the wrong side of town.

On the contrary, we lived in an upper-middle-class suburb where 33% of the residents were employed in finance and upper management. The median household income was double the national average.

Was he expecting a band of marauders in khakis, pinpoint oxfords, and tasseled loafers to force their way into the subdivision and commandeer the culdesac? It’s anyone’s guess.

Several friends suggested that perhaps he was considering bumping me off before he left. Come to think of it; he was adamant that I sit on his lap and watch Jeopardy and Wheel Of Fortune with him and his new friend.

My response was always the same; I told him that he’d have to take his gun off first. It made him extremely angry.

Maybe he did want to get me out of the way so he’d not need to make himself look bad or abandon me publicly as he did. Or perhaps, as the sole beneficiary on my life insurance policy, he wanted to collect a six-figure payment on his way out.

What Do I Believe?

I don’t know what to make of it, if anything. Some men like guns and knives, and that’s their right. I would hate to think that someone I loved could be capable of contemplating something heinous like that.

But then, as my friends point out, I also never thought he was capable of ghosting me with no warning or cleaning out the bank account on the way out.

I guess there are some things we may never find the truth about in this life. In any event, what he may or may not have been thinking defines him, not me.

Meanwhile, Back at the Ranch

All I know for sure is that my favorite Daniel Boone (or was it Davy Crockett?) climbed aboard his high horse and rode off into the sunset to live happily ever after with a new riding partner.

And all I can say to that is “Happy trails to you.” 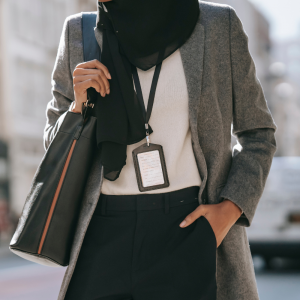